The Granite Sphinx of Ramses II

The archetypal Egyptian sphinx usually had the body of a lion and the head of a man — usually the king, although examples of female (queen) sphinxes exist. A combination of human and leonine elements endowed the sphinx with the intelligence of a human being and the awesome physical prowess of a lion. Sphinxes appear early in the Egyptian artistic canon and remain an important royal and divine symbol throughout the Pharaonic Period. The Egyptian sphinx was quite distinct from the sphinx found in Greek mythology. The Egyptian sphinx was a protective, positive entity, while the Greek sphinx was a fearsome and dangerous creature.

This object is on display

Excavated by W. M. Flinders Petrie in 1913 near the Ptah Temple at Memphis, the Penn Museum's 13-ton sphinx is the largest sphinx in the Western Hemisphere. The sphinx, a lion with a human head, represents the power of the Egyptian king. Carved of a single block of red granite, quarried at Aswan, the five-fold titulary of Ramses II appears along the base of this sphinx. Ramses II's son and successor, Merenptah, added his own cartouches on the shoulders after his father's death. For several years after its arrival in Philadelphia, the sphinx sat in the garden in front of the Museum. The sphinx was moved inside the building in 1916. When the Coxe Wing was nearing completion in 1926, the sphinx was moved to its current location in the Lower Egypt gallery.

We have had raised at Memphis a colossal sphinx of Rameses II about 11 feet long, 11 ton weight. The head has been much weathered, the body and inscribed base are perfect, of red granite... Would such a piece as this be acceptable for your Museum?

What does the Sphinx Say?

After the sculpting process was finished, an important step to giving the sphinx identity was carving the inscriptions on it.

The sphinx has an inscription running around its base that gives us the full five-fold name (or titulary) of King Ramses II. 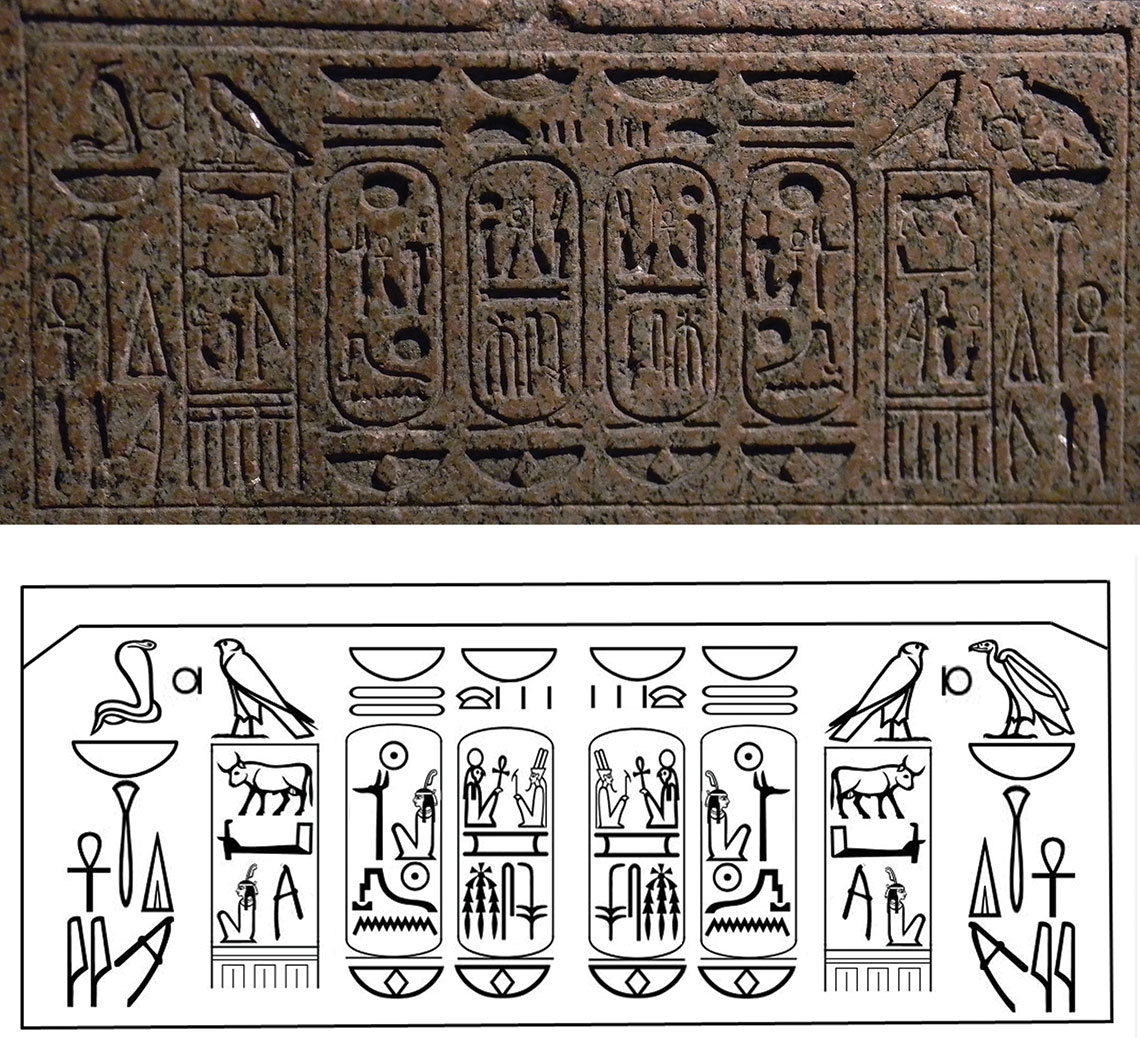 By looking carefully at details of the carving of the Philadelphia sphinx we see that this statue is another example of Ramses' sculptors reworking the monument of an earlier pharaoh. They did so in a masterful way that was only appropriate given the sphinx's location in the great temple of Ptah at Memphis, one of Egypt's grand state temples. Having determined that the sphinx was "recycled," can we make any further headway in identifying which pharaoh originally commissioned the sphinx? Unfortunately, the Philadelphia sphinx does not retain any vestigial inscriptions as sometimes occurs on reused statues (for instance on the Louvre colossal sphinx). The original king's name is entirely eradicated. That makes it unlikely that we can ever know for certain which pre-Ramesside pharaoh this sphinx represents. 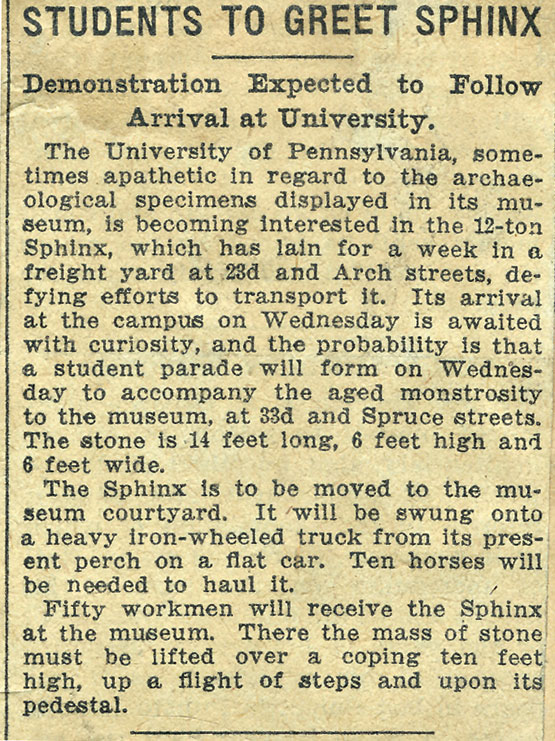 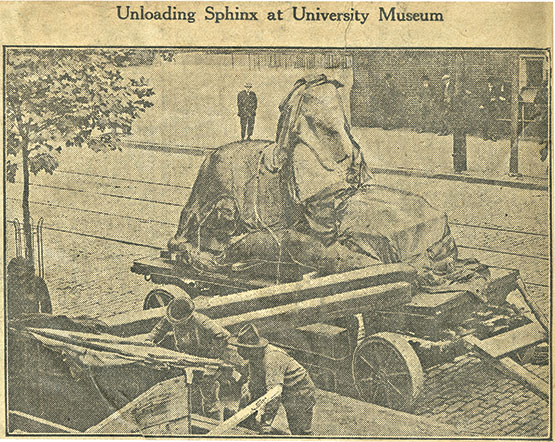 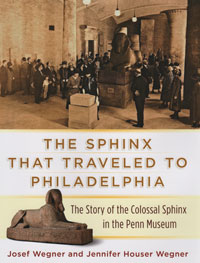 The Sphinx That Traveled to Philadelphia